Tree swallow among the sumach, gazing into the foggy ethereals!

I was poorly already, but when the word came down that one of our rarer warblers was eating bugs in Etobicoke, it became essential for me to spend 5 hours in and around the dirt, snitching along the creek, hoping for pop-ups, easy light, and pictorial sweetwindows. Anyhow, the Kentucky Warbler is an elegant little softy but he is a demon also, and I consider him at least partially responsible for the influenza which ensconced me like a blanket of cold and leggy spiders! But feisty mulchers, worry not: I am on the mend, am no longer agued, and will live to taxidermize and photograph the good Spring warblers yet again! 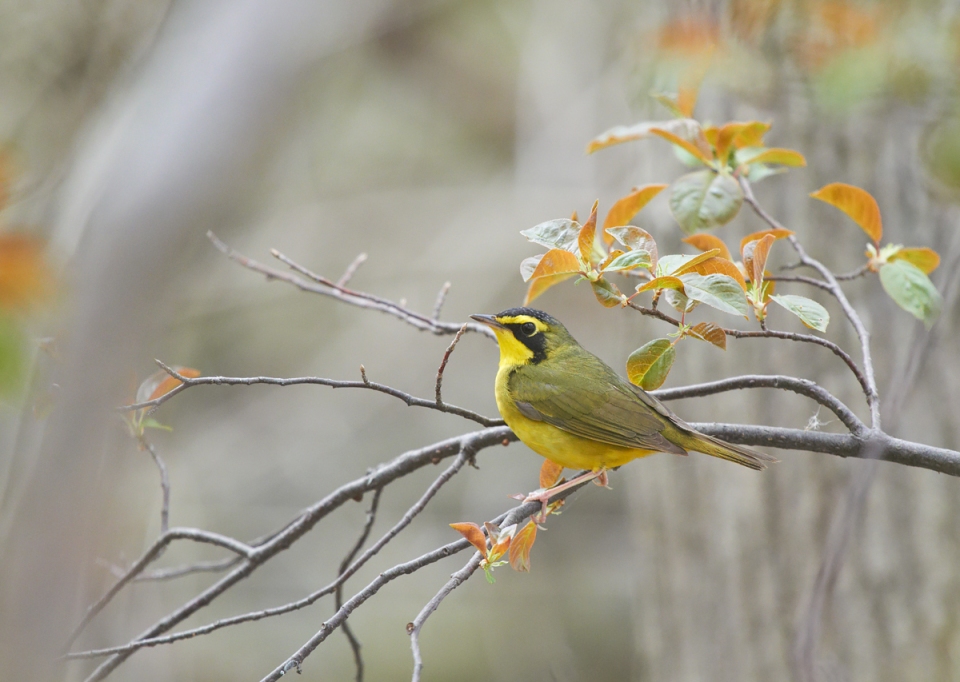 Another pleasant look at the simple but dressy Kentucky Warbler, seen some days ago in southeast Etobicoke. Then I got influenza and hid in my apartment, but now it’s time to go snitching again.
P.S. The lamebrained composition was necessary because of problems to the left and right.

I walk through the city: the roadway repairs and construction undertakings seem endless. It’s difficult to get around, and the din is often maddening.
Later, I arrive at High Park’s Upper Duck Pond.
Within moments I uncover this scene, and wonder if our tax dollars are being at least partially misspent?
I will forward to “the powers that be” this picture, along with a succinct plea, and I will hope for the best? 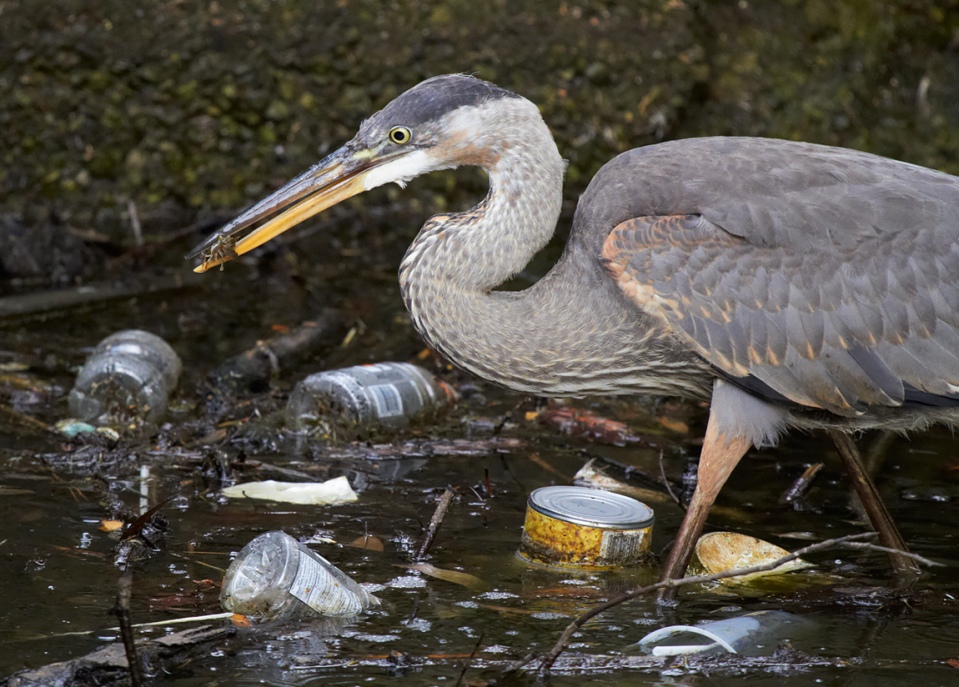 Two young women are smoking postprandially on the corner, trying out different cigarette poses and squinting through their smoke. Clearly they are unseasoned, for the exhale in particular is very droll – they blow it out of their mouths like it’s poison: one big bad blow, face pointed skyward, and never once the slow-wisping rivulets I used to relish!
If they smoke long enough, one of them will croak in agony because of the damage the smoking did; go to any convenience store and read our government’s stark copy!
These thoughts do nothing to my heart as I stare out the window of the resting streetcar; such statistics are generally the concoctions of actuaries, their true scientific merit being unknown to me. 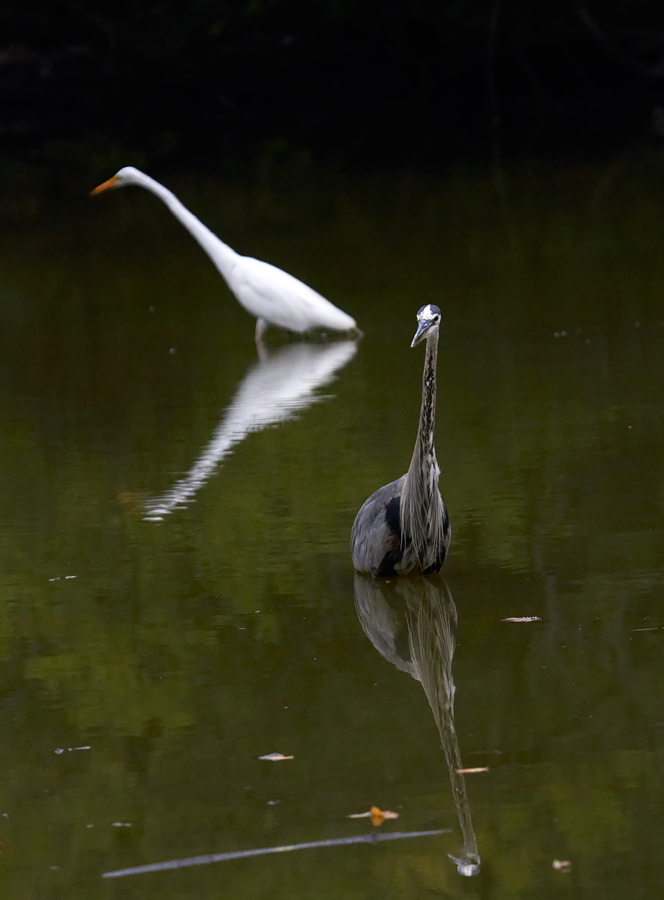 First, a mourning dove among the condominium’s colorful geometries: 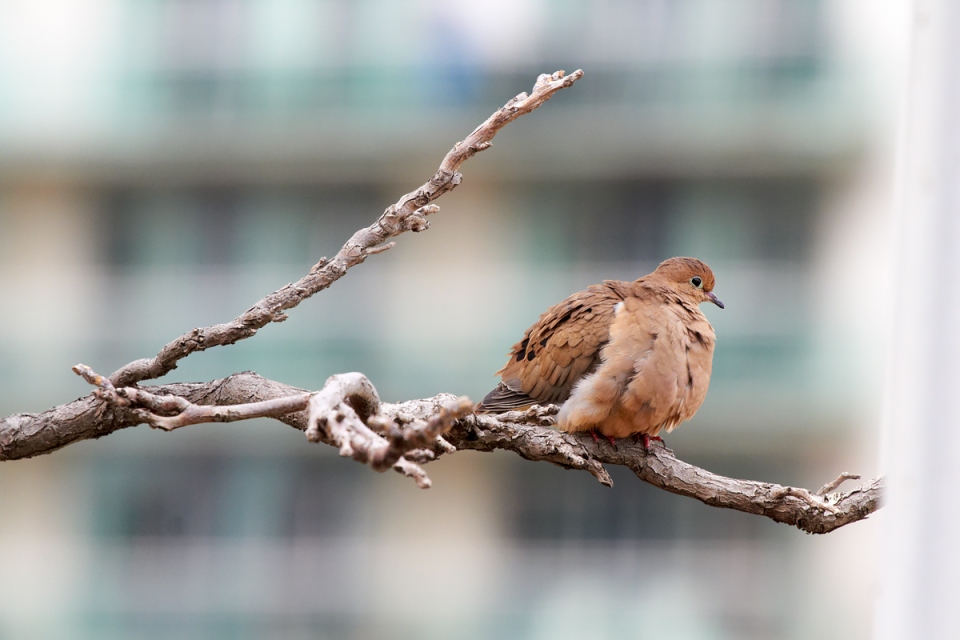 Later, we found this fresh rabbit along the gravel pathway where the killdeer usually live. Are you familiar with the ridiculously-named killdeer? I keep a mental list of my least favorite Ontario birds, and this particular plover is right at the top! Some dictionaries will tell you his call is “plaintive” but they’re quite mistaken: “pesky” or “strident” would be more to the biscuit!

And then at nighttime I dreamed a bay-breasted warbler crashed into my face, hit me between the nose and mouth. I could feel and taste and smell his feathers. I was startled but unscathed. The twelve gram warbler, drunk on bugs, was less lucky. “These things happen,” I said. 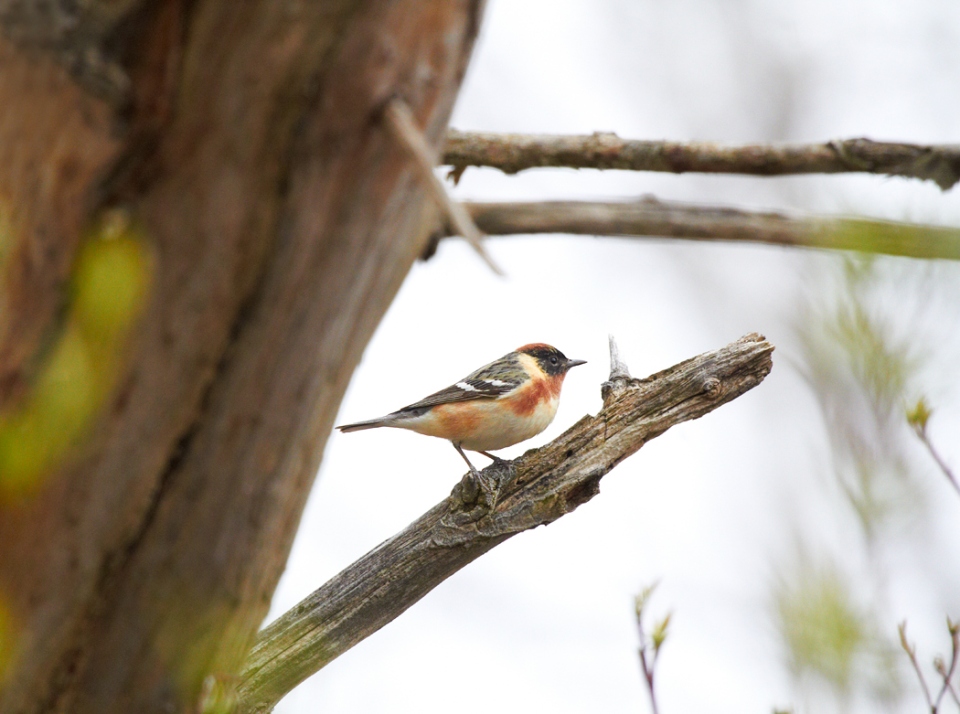 The parula reminds me of my little niece. She’s only a baby but someday I’ll teach her about the good new world warblers. Together we’ll get swarmed by midges in May, count the brambles, study the twigs, look for sweetwindows, and talk to the parulas. But if she tells me “No no Uncle Ghosty birds are meaningless to me, I’m more of a sporty gal” I won’t take umbrage nor will I sink into despondency. No no I’ll just tell her: “You have my sister’s face, you are delightful, a blessing on your head, Parula!”